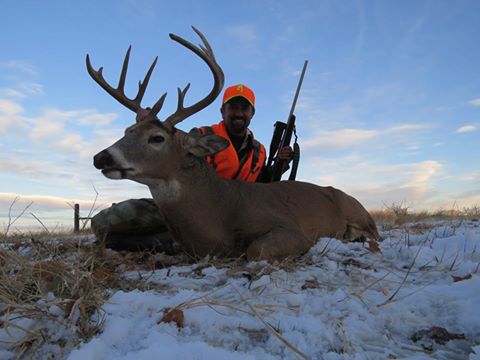 It is widely known that the rut is one of the best times to catch mature whitetail bucks out and about.  During this time, it is almost garmented(?) that anywhere at any time you are likely to see a “shooter” on the hoof. With this possible, many hunters turn their attention to public land. What many hunters do not realize is that public land can offer some of the absolute best DIY whitetail hunting action during the rut.  Every year, trophy whitetails are harvested from public lands all across the Country, and with a few simple rut hunting tips, you can put yourself in a position to take on a DIY whitetail hunt on public land during the rut.

The saying, “The early bird gets the worm” can certainly carry weight when it comes to successfully hunting the rut.  Putting the Hoyt or Browning to work when going DIY during the rut generally takes a significant time commitment, and while certainly anything can happen…most of the time going the extra mile is often required to put a big public land buck on the ground.

One of the challenges and frankly one of the turn offs of hunting public lands is the perceived pressure.  We have discussed this topic on other blogs as it is a common issue no matter the species hunted. However, while public lands do receive hunting pressure (some more than others) the reality is if you do your homework, spend plenty of time scouting, and are willing to get out off the beaten path, public land can often be a diamond in the rough.  If all you seem to be seeing during your pre-rut scouting trips are does, don’t get discouraged.  Big bucks are often solitary during this time and hiding out.  Where there are does, there are certain to be bucks as the rut kicks in.  Other hunters may have passed these areas up by seeing mostly does.

In order to be successful on DIY whitetails during the rut, specifically on public land, set aside your apprehension or perception of the public pressure that the area receives. This is one of the most important rut hunting tips for public land.  Don’t worry about it!  Sure, other hunters have the opportunity to utilize these areas, but the reality is that very few do, at least not for any real length of time.  Secondly, deer that call these public lands home often become accustomed to the higher levels of pressure and are probably less disturbed by the amount of pressure than you might suspect. Taking time to study your OnXMaps will allow you to find great bedding areas and places that are hard to reach. These could be whitetail sanctuaries and the perfect place to start hunting for rutting bucks.

When it comes to DIY whitetails on public land, especially during the rut, you need to be prepared to spend the time in the tree stand, ground blind or high point glassing for whitetails on the move.  While public land does offer some excellent rut hunting opportunities, it is challenging.  Often, it is those hunters who are willing to spend all day in the stand or blind, and that stay persistent in their effort that come out successful at the end of the day.  Now during the rut, literally, anything can happen at just about any given moment.  If you find a good location, commit to it and be willing to put in the time.  Chances are good, if you watch the wind and stay after it, you will have an encounter. 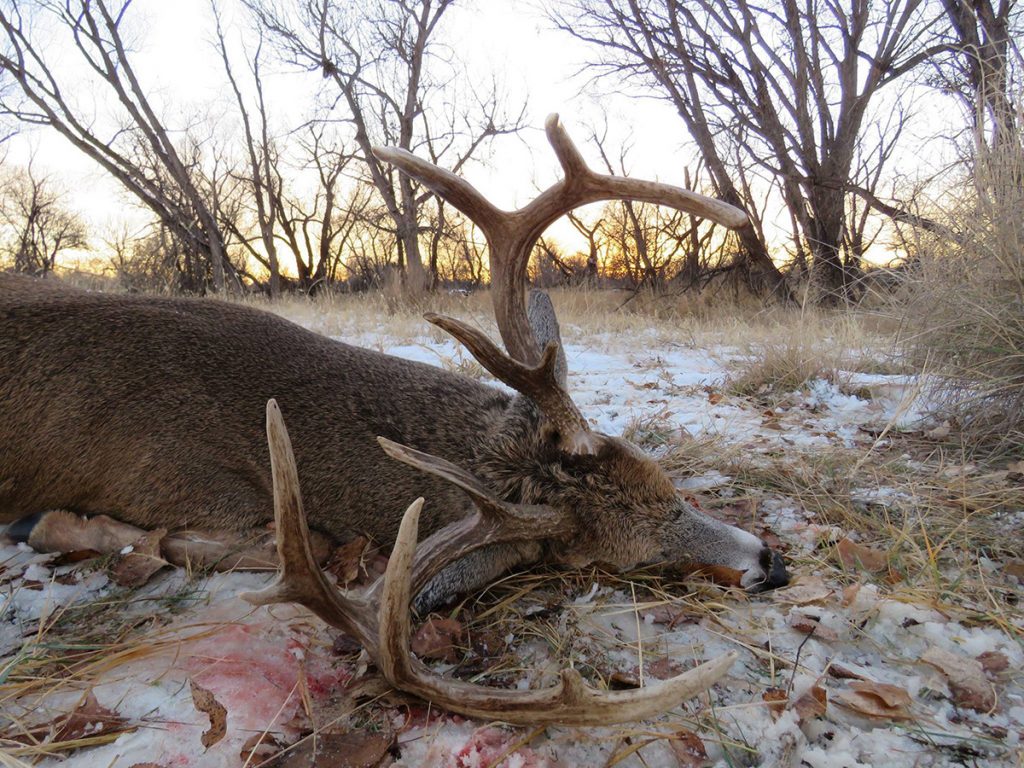 Sometimes, scouting areas to hunt during the rut can almost be more difficult than scouting for a location to ambush a buck during the early season.  The reason is simple, during the rut a buck can literally be almost anywhere at any time.  Now while that statement is true, while you are scouting your public land location there are a couple of areas to look for.  The first is major trails between bedding and food sources.  Sometimes, to locate and harvest a mature buck during the rut, you have to at first find the does.  Where you have a hot doe, you are sure to have at least one buck close by.  Using all of the tools at your disposal, look for areas that are transition areas along major trails between food and bedding cover.  This are often areas highly utilized by does and can often be areas that bucks will travel during the daylight hours during the rut, in search of a willing female.

The second best location to hunt during the rut is an active scrape line.  These are areas that will be frequented by the buck that made them, many times before and after the peak of the rut. Bucks will stop by to freshen the scrape and establish communication, which can provide you an excellent opportunity to catch him in the act. Much like other stand locations during the rut, hunting a scrape line often requires long sits, on multiple days.  If you are able to have a trail camera out and at your disposal, you can often nail down a time frame in which you might expect the deer to show.  With that said, it can sometimes be very difficult to slip in and slip out of these areas without bumping the buck.  So use caution if you decide to get heavy handed with scouting along the scrape line.

The peak of the rut can be a frustrating time as many of the mature bucks may have does on lock down and won’t move if they have a doe locked down.   Sightings of big bucks may be less frequent than during the pre-rut and you may not have as much luck rattling or grunting bucks in.  However, you will likely have encounters with many other less dominant bucks who are out seeking does.  You also never know when one of those dominant bucks will breed his doe and then be off to find his next mate.  If you’re in the right spot and the right time, you could have an opportunity at a real bruiser.

While these rut hunting tips are fairly simple, they can really help you narrow down your stand locations and help you to be successful as you go DIY for whitetails during the rut.  Public land should not be intimidating.  While there is certainly some hunting pressure, it is often less that you would think, and it can offer you an opportunity at a whitetail of a lifetime!