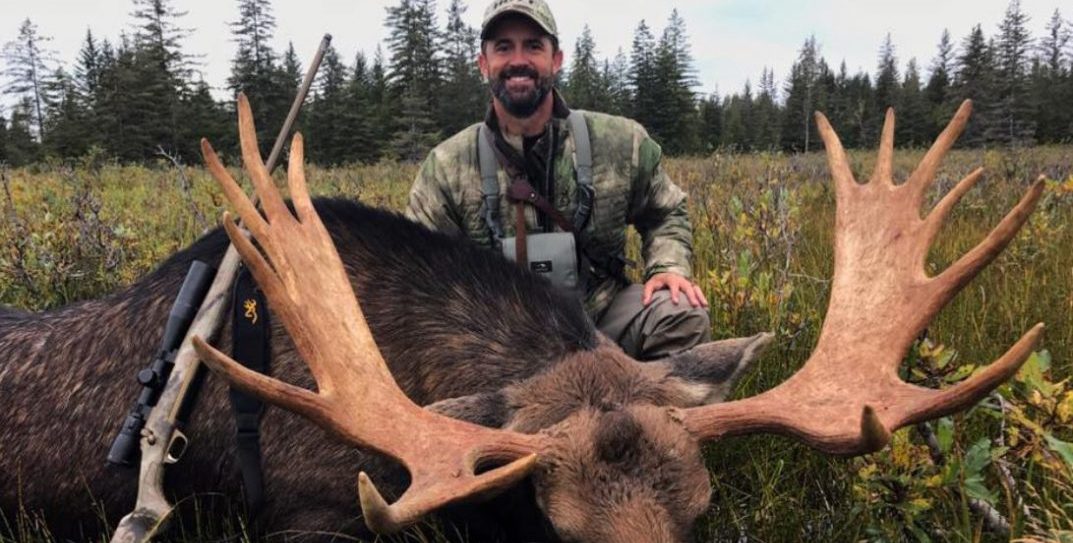 Are You Ready to Tackle DIY Moose Hunting?

If you enjoy spending time outdoors, there’s no shortage of adventures you can pursue in North America. From backpacking to rock climbing to hunting, there is something that will always intrigue us, challenge us, and push us to new heights. DIY moose hunting has to rank near the top of one or all of those lists. It combines backpacking/hiking in very remote areas, wilderness survival skills, battling the harsh elements, and going toe-to-toe with the world’s largest member of the deer family. If you like the idea of planning a DIY hunt for yourself and maybe a hunting buddy, here’s a rundown of how a DIY moose hunt could go.

Moose are some of the most interesting and formidable-looking animals we have in North America. They also range across northern Europe and Asia, but this article focuses on the North American population that occurs in the northern U.S., Alaska, and Canada. Moose tend to inhabit remote areas that are nightmares for humans to travel through, including marshes, bogs, mucky river beds, dense regrowth, recently burnt forests, and thick alders, willows, or aspen. How they manage to move through such areas with such impressive headgear is a mystery. 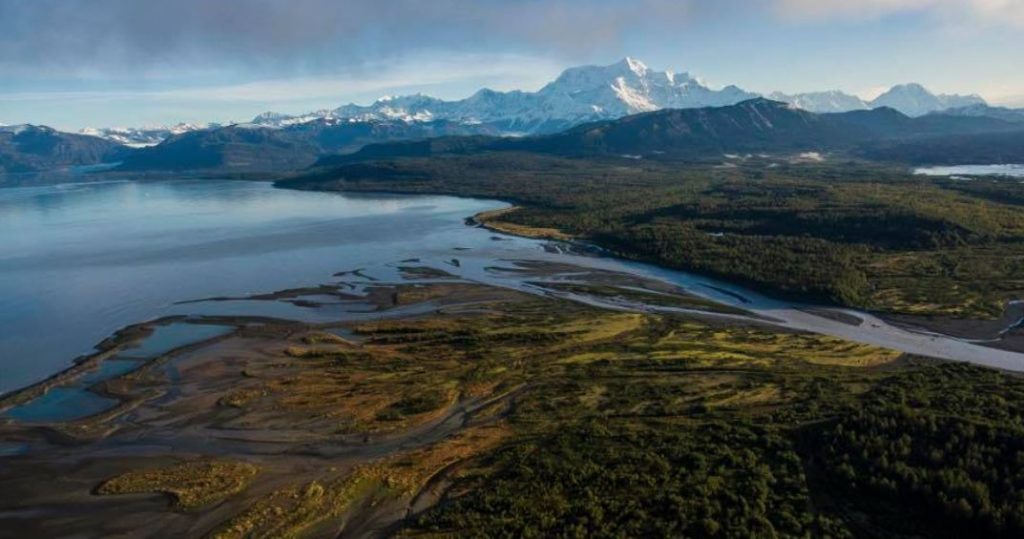 As mentioned above, they are the world’s largest member of the deer family, which includes caribou, elk, and the various deer species. Except for the bison, they are also North America’s largest land mammal. Additionally, of all the moose subspecies in the world, the Alaska-Yukon subspecies is biggest and can weigh up to 1,600 pounds and stand 6 feet tall. Other subspecies in North America include the Eastern moose (Eastern Canada and New England area), Shiras moose (Rocky Mountains), and the Northwestern moose (stretching from the Great Lakes states through Canada to Alaska). Moose are browsers through most of the year, which means they primarily eat the tender new growth of willows, birch, aspen, and many other tree or shrub species. But during the spring and summer, they will also graze on forbs, aquatic vegetation in shallow water, and leaves.

Where to Hunt Moose

Since moose occur across the northern U.S. states, Alaska, and Canada, you have a range of excellent DIY moose hunting opportunities. Most people dream about Alaska moose hunts, because it’s a wild and rugged state and even non-residents can easily register for many hunting units. The Alaska moose hunting license price is manageable (if not slightly high), although the travel there is what can cost a lot more. While you could truly do unguided moose hunting in Alaska, your odds are not great. You’d be competing with many other hunters and wouldn’t have any local knowledge to know where to go. A better option for what could possibly be a once-in-a-lifetime opportunity might be to use a plane or guide service to fly you into better hunting areas. These areas are more remote, don’t have as much pressure from other hunters, and they also offer more moose and potentially trophy animals. By doing one of these Alaska moose hunting drop camps, you are still hunting on your own – it’s just like taking a flying taxi to get there. That’s what we did last year, and as you can tell from the picture above, it worked out well!

However, there are also opportunities for more affordable moose hunting trips in the lower 48 if you are patient. Maine offers very good hunting opportunities for the Eastern subspecies, while Washington, Idaho, and Colorado have good habitat for the Shiras population. But it can be tough to draw tags in some states. For example, in the video below, Chris Nowak got a chance to bow hunt Shiras moose in Colorado a few years ago. It took him 14 years to draw this specific tag, so that might give you some context. If you plan on a moose hunting trip, especially in a highly coveted state or hunting unit, plan on applying for tags for at least a few years. Here’s how his adventure played out.

Depending on where you hunt and how you have to get there, your DIY moose hunting equipment will vary a bit. Obviously, there’s a fine line between not being prepared and having so much gear that it’s hard to get around. If you plan on getting some kind of air transport to a drop camp or remote area, be aware that bush pilots flying in smaller planes have to strictly limit the weight they can take. In most cases, they may only haul one hunter and about 100 pounds of gear at a time. That means you need to eliminate any unnecessary weight and gear. Here are the essential items you’ll need. 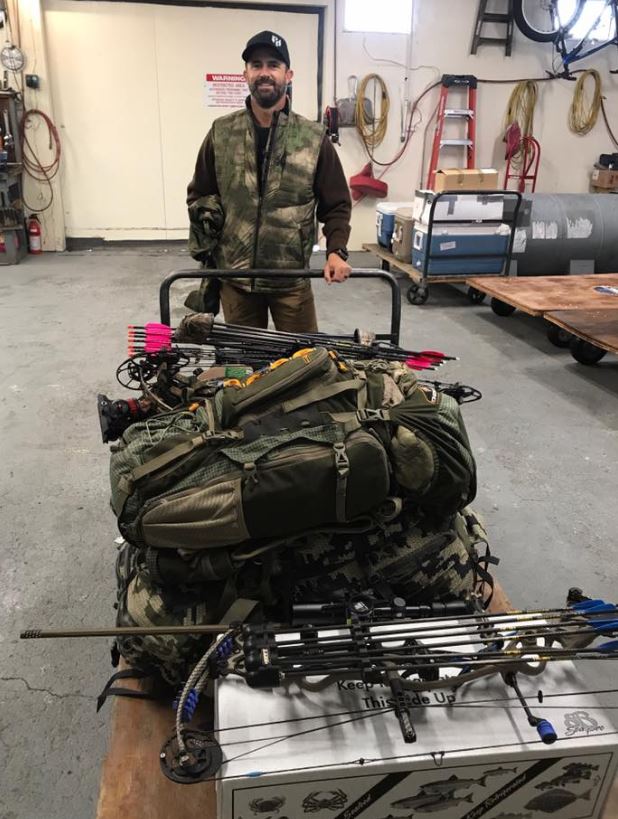 No matter where you hunt, you should be prepared for different weather and environmental conditions. During the early season, include performance base layers, thinner camo clothing, and even insect-treated clothing. When you’ve been dropped off by a plane in a remote area, it’s not the ideal time to realize you should have packed mosquito and fly-repellent gear. Further on into autumn, make sure to pack heavier layers and waterproof gear to stay warm and dry. A great pair of boots are essential for all the hiking you’ll be doing, and we recommend Thorogood® boots.

Depending on what tags you get and your own preference, you could bring a gun, bow, or both. I typically bring both my Hoyt® bow and Browning® rifle, with the intent of using my bow first. But on our Alaskan moose hunt, the bull winded me within 15 yards and came back out at 70 yards – if I hadn’t had my X-Bolt with, I may not have had another opportunity with the bow.

We’ll talk about how to hunt moose below, but a good strategy is to sit at a vantage point and glass for bulls. Vortex® spotting scopes and binoculars are top-of-the-line and we always bring them with. If you can connect with a bull moose, you will need a sharp and durable knife to skin and quarter it – the knives from Outdoor Edge® will get the job done, as you saw in the video with Chris above. Game bags will also help you protect the meat from insects, dirt, and debris.

Obviously, before you go DIY moose hunting, you should spend time researching a few areas, studying the hunting regulations, and learning how to hunt for them. The best tactic for each area is a little different. For example, Eastern moose primarily spend their time in the dense forests and bogs of New England, so doing a spot and stalk hunt would be a little impractical. Meanwhile, hunting the Shiras or Alaska-Yukon subspecies requires you to cover a lot of open country to find them.

But scouting for moose does take some effort no matter where you hunt. You’ll still need to put your boots to good use by walking miles each day, focusing on high quality moose habitat and looking for sign (e.g., tree rubs, broken branches 5 to 8 feet into the air, moose scat or tracks, etc.). If you find an area with lots of good sign (especially if it is fresh), use your spotting scope or binoculars to scan the woods or slopes around you. Look for large dark objects and bright antler paddles that stand out against the background. If you don’t see anything, you may want to stay still for a while and start a calling sequence. You can make cow moose calls using just your hands or fashion one out of some rolled-up birch bark. Give a few calls and then use a branch to rake the trees around you, which simulates a bull making a rub. A better tool to use is an old deer, elk, or moose shoulder blade bone (scapula), as it has the same general shape as a moose paddle and sounds similar. If you don’t get any response, it might be time to move on, following the sign as you go. 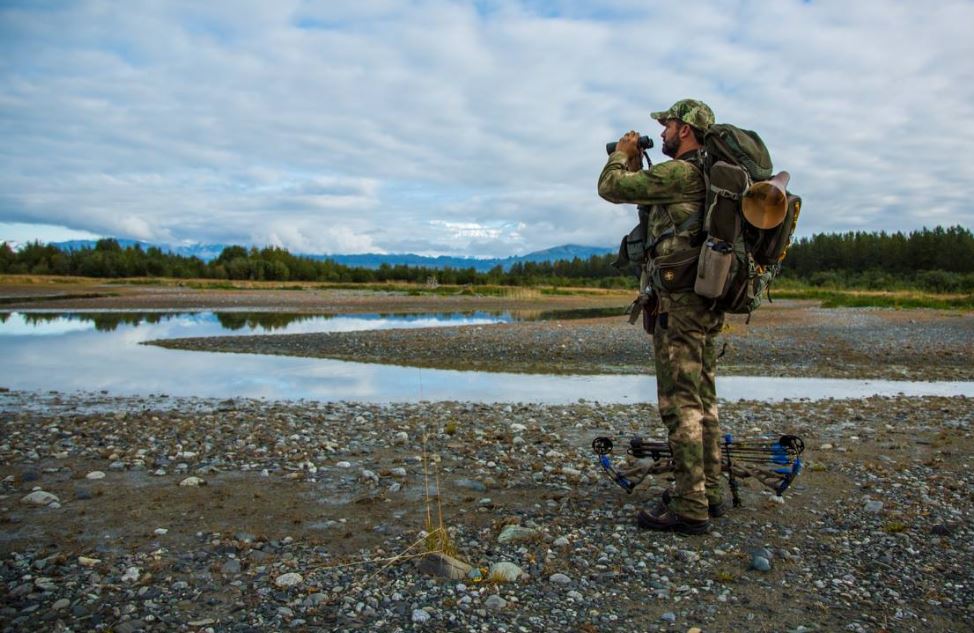 If one responds to your call, try to pinpoint the location and get in a concealed position where you can see them approach and make a shot. After calling, a bull may come in quickly or may take many, many hours to a day to come to the call. If you have the time, patience is key. If you spot a moose further away that won’t come to you, use whatever brush, trees, or hills available to approach without them seeing you. In Chris’ case, the moose were very used to seeing hikers and tourists in that area, so he was able to use that to his advantage by acting like one. Instead of trying to stay hidden (like a predator does), he openly and slowly approached the moose to within 17 yards to make a chip shot that dropped the moose within eyesight. If the moose where you’re hunting are skittish around humans, you’ll have to do everything you can to stay hidden until it’s too late for them to care anymore.

If you do connect with a bull moose on your DIY moose hunting trip, don’t pat yourself on the back too quickly because you’ve still got your work cut out for you. You will need to skin, quarter, and pack all the meat and antlers back to your camp, which is no easy undertaking considering a bull moose could weigh 1,600+ pounds on the hoof! Their hides are extremely tough and each quarter can weigh 150 pounds easily. Last, if the weather forecast is warm, you need to get the meat on ice or in a cooler as soon as possible. But if the temperatures are around or below freezing, you can take your time getting it back from the wilderness.

If DIY moose hunting sounds good to you, maybe it’s time you get serious about it. In most states, you’ll be able to apply for the next year’s moose hunting season by mid-winter. Remember that it might take you a while to get drawn for a tag, but you will also usually earn preference points each time you apply, making it more likely the next year. Keep after it and you’ll get out on your own moose hunting adventure soon.